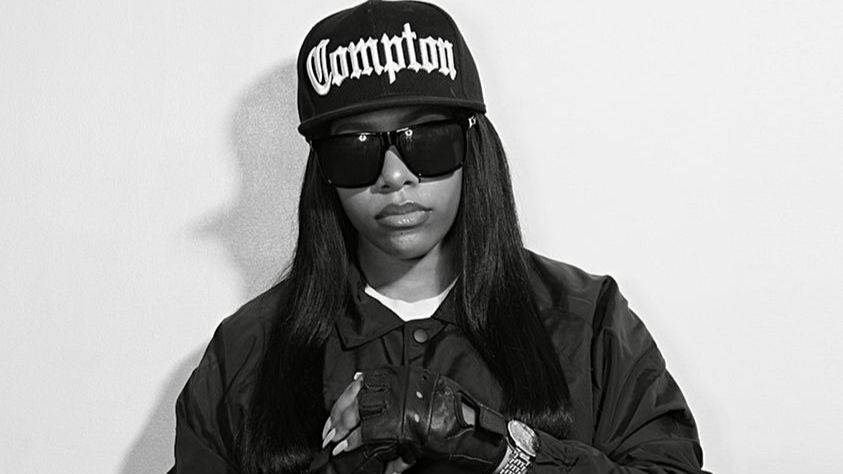 One of Eazy-E’s daughters, Henree Wright, is furious after she learned Megan Thee Stallion was granted permission to sample Eazy-E’s iconic single “Boyz-N-Tha-Hood” for her new song “Girls In The Hood” – and not for reasons one may think.

As Wright explained in an Instagram video on Thursday (June 25), she’s upset she and her siblings can’t even get clearance to use their own father’s music.

“What I’m bothered by is the people in the background who pushed the ‘OK’ button and say, ‘Go ahead and drop it, we co-sign it. We write off on it.’ ‘Cause he got kids that y’all won’t write shit off for. We’ve been trying forever.”

Wright went on to lament the countless times she’s been asked to borrow from the late gangsta rap legend’s catalog and is forced to decline.

“You know how many times people come up to me like, ‘Remake one of your dad’s songs! You dope as fuck,” she continues. “You gotta do that!’ Remake ‘Fuck Tha Police.’ You been going hard when it comes to Black Lives Matter. The streets need that.’ And I can’t.

“I got siblings that wanna be doing so much stuff in the likeness of my father, but we can’t — unless we wanna get some papers thrown on our table, a cease-and-desist. That shit’s crazy. Somebody tell me how we stop that! ‘Cause we want our daddy’s legacy, we do.”

She wrote in the caption, “So tired of the bullshit games we gotta keep playing , I’m done being quite ! We want involvement when it come to our daddy , tired of my sister crying about the unfairness . I’m fed the fuck up … WE EAT OFF NOTHING MY DADDY LEFT BEHIND. What ever y’all see Us have we hustled to get . Shit too lame we get papers thrown at us but others don’t . We just wanna be apart of the legacy too.”

But there’s clearly no hard feelings toward Megan. She shared the single’s cover art to her Instagram account as well.

But Wright’s older sister Ebie has taken issue with her Instagram video and claims to not know who she is, which Wright promptly addressed in another Instagram post.

“The past 10 years this girl has been delusional,” she wrote in the caption. “ebie you gotta grow up . We got bigger things to handle . Stop with the jealous shit . I’m sparing you. I’m being kind cause I was raised right . And I don’t beef on the internet . I was raised in the streets & that’s not how we handle people . We don’t do this cap Ass shit you on.

“NO BODY GIVES AF ABOUT WHAT YOU TRYIN TO DO!!!! They laughing at you . love you though imma pray for you . I promise I wasn’t going to go hard on you . And I’m not going back and forth on ig. Bang my line . Been saying that since day one BIG SIS  OH AND I FUCKIN LOVE @theestallion …. don’t misconstrue my words.”