It’s fair to say, Kanye West has killed the ruined the relationship with Beyonce and Jay-Z 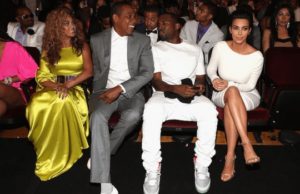 *Beyonce and Jay-Z are said to be over Kim Kardashian and Kanye West and their pro-Trump agenda, according to a RadarOnline.com exclusive report.

As you know, the Carters are longtime backers of the Democratic party — and are allegedly “sick” of  West’s #MAGA “bull***t.”

“They are outraged over Kanye’s recent political rants,” a source close to Bey said.

As fans of Mr. and Mrs. Kardashian know, the duo have been desperately trying to become besties with music’s beloved power couple for years.

OTHER NEWS YOU MIGHT HAVE MISSED: Former Head of Turks and Caicos Reveals Fling with Omarosa: ‘Amazing, Very Satisfying!’

But after Kim’s most recent visit to the White House to discuss prison reform, followed by Kanye’s SNL appearance last week, the insider told Radar that Bey and Jay have severed all ties to the pair. 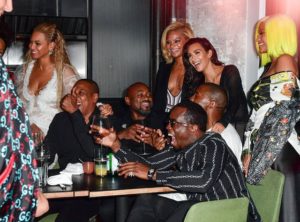 “They think Kanye is a disgrace, and is only doing this for attention,” the source said.

“Beyonce and Jay Z know that Kanye is seeing a future in politics, but they feel that they cannot associate themselves with them from this point forward. They want nothing to do with either one of them.”

Jay-Z and Yeezy were once close until West dissed the Carter onstage in 2016 amid his very public meltdown. They eventually made up and last month there were rumors that the two were planning another Watch the Throne tour.